El Paso ranks 5th in the safest US large city.  Other Texas cities, included Fort Worth, which ranked 13th, Austin at 15th and Arlington at 16th. Other large cities in the top five are:

AdvisorSmith, which offers business advice and research, released a new study, “Safest Cities in America,” which examined data from 3,107 cities. The rankings were based on each city’s safety ranking and crime score.

The crime score was reached by studying each city’s violent and property crime rates, the company said in a news release.

This study was based on data provided by the FBI’s Uniform Crime Reporting Data Set from Return A. It looked at monthly crime data for violent crimes such as murder, rape, robbery and assault, and property crimes such as burglary, larceny and motor vehicle theft.

The study tabulated violent and property crimes per 1,000 residents per year for publication.

The proprietary crime score was based on applying a multiplier to more serious forms of crime such as murder, rape, robbery, and aggravated assault, the company said.

“These crimes were added to simple assault and property crimes to form a crime score for each city, with a lower score indicating that a city experiences less crime,” the company said.

The cities were then ranked based on their crime score. 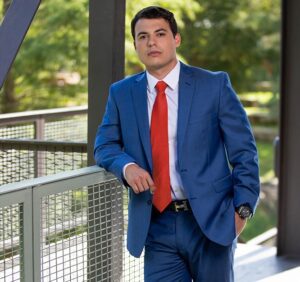 He is a lawyer who specializes in injury cases and will be the one to fight for you to get the compensation you deserve. He offers a FREE CONSULTATION, so you have nothing to lose and everything to gain.

Cesar Ornelas Law is available 24/7. We pride ourselves in both client satisfaction as well as interaction. Call our office or fill out a contact form.

Image by David Mark from Pixabay