Accidents on Texas Highways happen all of the time.  May of 2020 had several of these accidents.  Here we have just a few:

A fiery crash claimed three lives near Spring, TX. Their Chevrolet Silverado pickup truck slammed into a light pole off I-45 and Cypresswood on Sunday morning, according to the Harris County Sheriff’s Office. Deputy Chadrick O’Bryant said the truck was traveling southbound on the freeway in the left lane when it started drifting across the highway.

The vehicle slammed into a concrete light pole and burst into flames on the median separating the freeway from the feeder road. Other drivers stopped and attempted to pull the driver and passengers out of the truck but couldn’t rescue the victims due to the intense fire. All three occupants inside the vehicle appear to have been killed upon impact, O’Bryant said. 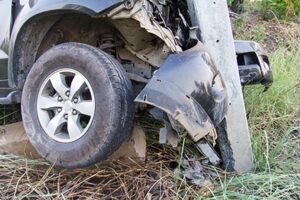 In an unrelated accident, an El Paso motorist died in a single-vehicle crash at a busy intersection on the west side of the city moments after speeding away from the scene of another crash she was involved in, police said. The deadly crash happened around 11 a.m. at Doniphan and Country Club drives.

The woman who died remained unidentified after crashing her SUV into a light pole at that intersection, investigators said. A police report stated the driver of the SUV was fleeing from an earlier crash scene involving a city bus and two other vehicles at Doniphan and Redd. When rushing to leave the accident site, the driver lost control and hit head-on into a light pole. The driver was rushed by ambulance to a nearby hospital but died after arrival.

Witnesses as well as investigators said the SUV driver was traveling over the speed limit at the time of the fatal incident. This marked the 26th traffic-related death of 2020 in El Paso.

Those are two out of many incidents that happened just in the month of May 2020 all over the great state of Texas. Too many vehicular accidents in Texas and in the US end up in serious injuries, life-altering in nature, and many with devastating deaths of those we love. If you or someone dear to you was involved in accidents on Texas highways, you need to contact Cesar Ornelas, an attorney who is prepared to represent you and get you the compensation you deserve. Don’t put it off. Time is vital to present your case now rather than later while the details are fresh on your mind.

Cesar Ornelas is an experienced injury lawyer who offers a FREE CONSULTATION when you can share all the details of your accident, what you have personally experienced, and learn how Cesar and his team can help you. Cesar says,

We speak for justice. The results speak for themselves.

If you are looking for results, give Cesar a call toll-free at 855-982-1742 or 210-361-7144 or go to his website to fill out a contact form that will go straight to his office and generate a callback or email response. See what Ornelas Law can do for you.