Three out of ten occupants of a 2002 Ford Explorer died in a deadly car accident over the Memorial Day weekend near San Marcos, TX. Two adults, ages 31 and 24, and one 7-year-old child succumbed to their injuries. The San Antonio family, which included five adults and five children, were on their way to Austin, TX,  for a family event when a tire blew out on the vehicle and the driver lost control.

The car rolled over multiple times, ejecting nine of the ten occupants. The Explorer was equipped for five passengers, but only the driver wore a seat belt, police believe. The emergency call came into the San Marcos police department at 7:42 pm and dispatched to 200 Northbound I-35. Police believe the car was speeding at the time of the incident.

Two other children, ages 8 and 10, did not need hospitalization and were released to relatives; and two other children also injured in the accident were listed as stable but still in the hospital. The other two adults, one the driver of the vehicle, were taken to Seton Ascension Hospital in Kyle, TX, with multiple injuries.

The accident is still under investigation. 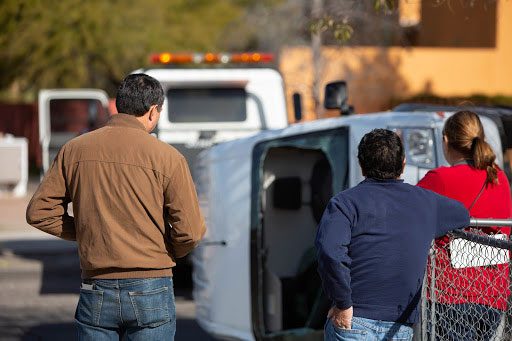 Vehicular accidents happen too often on Texas roads. The resulting serious injuries and deaths are more than one can seemingly bear. If this has happened to you or someone you love, you will need an experienced, successful injury lawyer to help you bear the heavy load of lost income, mounting medical bills, and various other expenses caused by your injuries.

Cesar Ornelas is the lawyer who can evaluate your situation and give you excellent advice in handling all the details of your misfortune. His Ornelas Law Firm offers a FREE CONSULTATION for your initial visit where your questions can be answered and you will learn if you have a good case for any compensation. Cesar works to give you the best results. You also pay nothing unless he and his team win your case. Give Cesar a call today tollfree at 885-827-2892 or 210-981-4890 or go to his website by clicking here to fill out a contact form that will generate a quick email to him. That form is available 24/7.

Looking for peace of mind and a helping hand from someone who knows what to do for you? Look no further. Cesar and his team are ready to represent you and your needs!